Lake Weed Removal Has Many Benefits

Living off a lake or pond be a dream, but without proper lake weed removal, it can become a nightmare.

Practicing ongoing vegetation monitoring is the best way to ensure that the body of water that you adore remains healthy and beautiful throughout all seasons.

We have a variety of products available to make removal an easy and stress-free process.

If you have any questions about excessive vegetation, you can contact us anytime for tips or help. 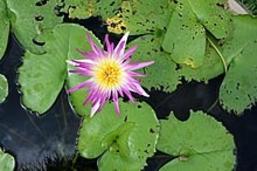 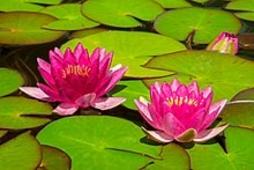 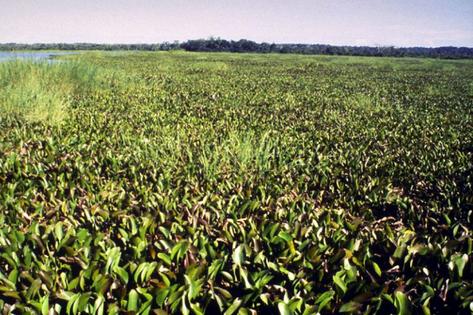 When waterways become so choked with this invasive weed (as they did in New Orleans during following the World Fair) freight ships and other boats cannot travel through. Furthermore, removing this invasive weed from major waterways requires a massive labor force; the economy also takes a hit as shipments must be stalled or rerouted around the catastrophe.

Info on lily pads and the tools  for removal  .

Water lilies are a species of flowering plant found in tropical and temperate climates throughout the world. The common term water lily encompasses a span of 70 known flowering species under the family Nymphaeceae.

Distinguished by their round floating leaves and flowers at the water’s surface, it’s not uncommon to think of frogs and lily pads when you hear the name. (Note lily pads of certain varieties may fall under the classification of a lotus (Nelumbo) which is a different family).

Stems of water lilies are rooted in the soil. Come winter, the plant loses its surface leaves and flowers. During spring, it may be planted with or without intention.

Similar to many ornamental plants, the water lily has travelled far and earned a reputation as being as an invasive weed. The water lilies native to the Gulf region in North America, also known as Mexican water lilies, were brought to California as ornamental plants. Unfortunately, their capacity to outcompete native plants has led to massive overpopulation in the San Joaquin Valley.

Characteristically, water lilies love shallow or slow-moving bodies of water and will, if given the opportunity, start to block out sunlight with their surface leaves, choking off submersed native plants from receiving helpful rays.

Eradication methods include cutting and removing roots and surface vegetation.